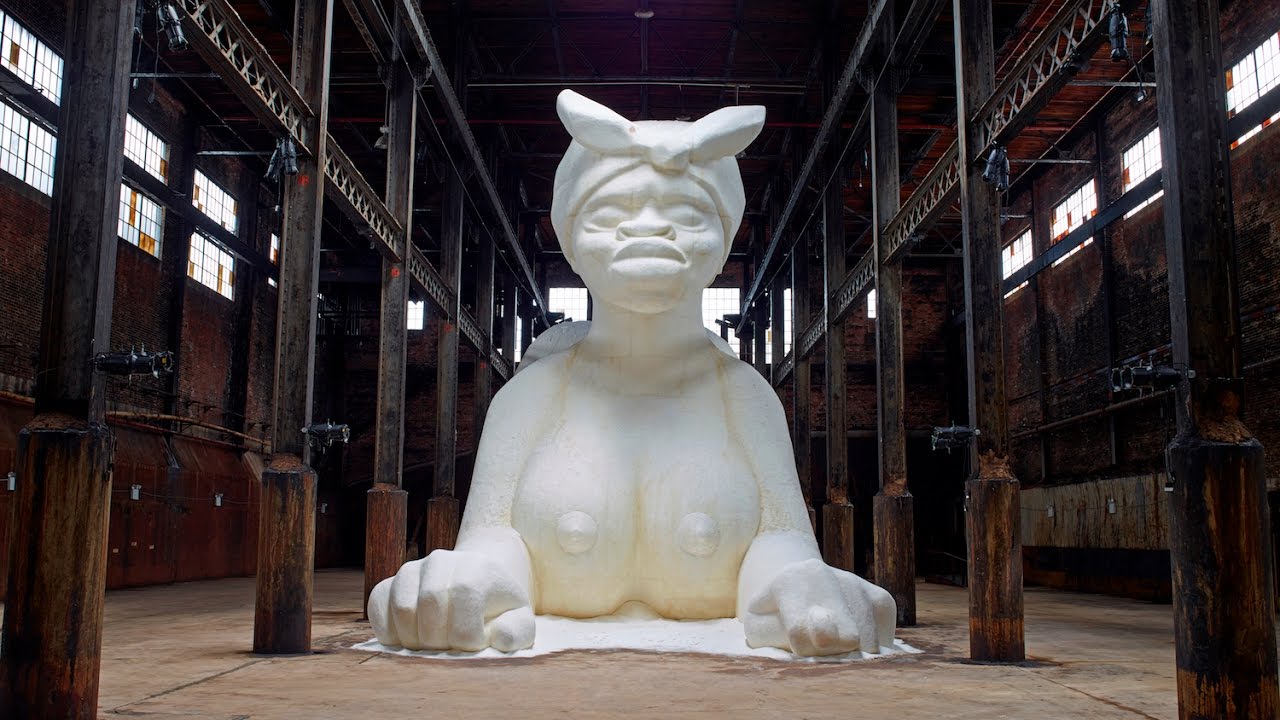 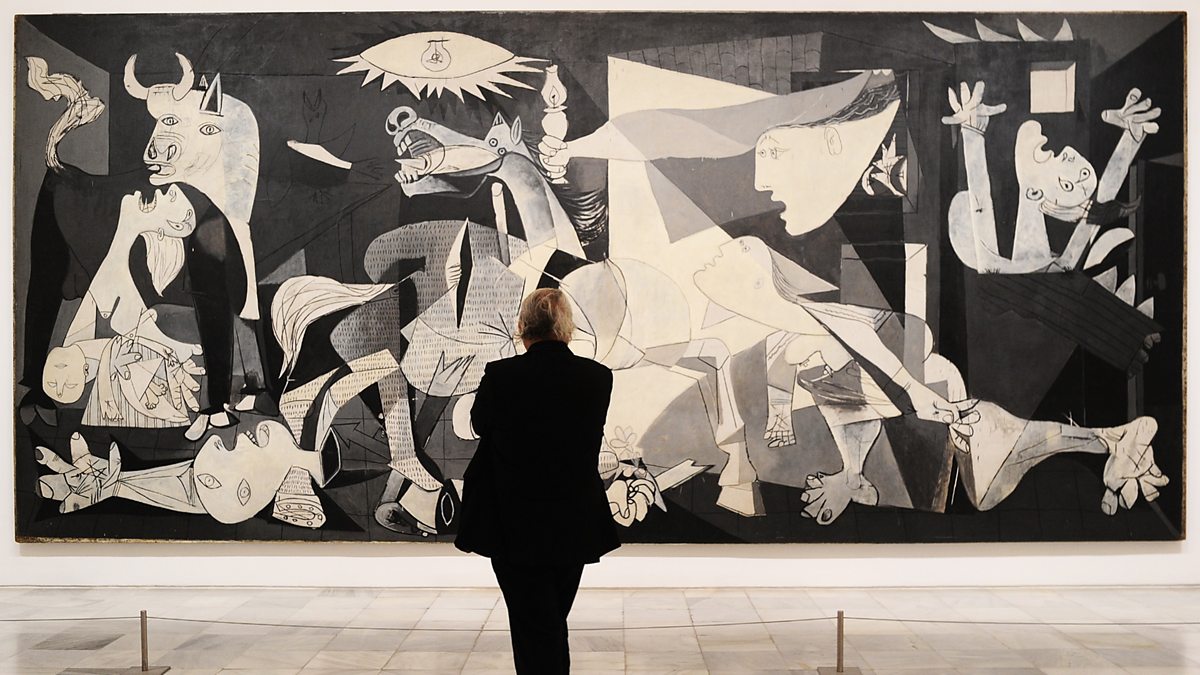 1. Dmitri Vrubel, My God, Help Me to Survive this Deadly Love (1990) – This work of graffiti by Russian artist, Dmitri Vrubel, depicts the fraternal kiss shared between Leonid Brezhnev and Erich Honecker during the foundation of the German Democratic Republic in 1979. Derived from the renowned photo of the two men sharing a kiss, Vrubel created this piece of Graffiti on the Berlin Wall in what became a poignant political commentary, removing the kiss from its fraternal context, and replacing it with satirical implications.

2. Pablo Picasso, Guernica (1937) – Created during the Spanish civil war, Guernica explores the violence and brutality of war on modern society and its civilians. Whilst Picasso was living in Paris in 1937, he was commissioned by the Spanish Republican Government to create a mural for the Spanish Pavillion to be exhibited at the 1937 Paris World´s Fair. Juan Larrea, poet and friend of Picasso visited the artist after hearing news of the bombing of Guernica in April and urged Picasso to make this the subject of his mural. Guernica, a small town in the province of Biscay was an area of significant Republican resistance that challenged Francisco Franco’s growing Nationalist campaign. As a result, the town quickly established itself as a target and was heavily bombed by Nazi warplanes on 26 April 1937. As most of the men in the town were away at war, most of the victims were women and children. In this mural, Picasso highlights the barbarity of the attack through the portrayal of these defenceless and innocent bystanders who suffer in the wake of conflict. Guernica remains a particularly poignant image for that exact reason, resonating with ongoing world conflicts and reminding us of those, who, uninvolved and innocent, must pay the price of war.

3. Ai Weiwei, World Map (2006) – Revered for his political art that casts a critical lens on the Chinese government, Ai Weiwei’s World Map is exactly that. Here, Weiwei comments on the socio-economic and political climate of contemporary China through the creation of a world map that has been assembled from 2,000 layers of thin cotton sheets. This work starts with a poignant commentary on the issues surrounding China’s cheap labour costs but quickly expands to resemble the artists wider criticism of the country.

4. Andy Warhol, Mao (1972-3) – In 1972, President Nixon visited China for a summit meeting with Mao Zedong, ending the diplomatic isolation between the two nations. Warhol, who had been fascinated with the celebrity, produced 199 silkscreen paintings of the Chairman between 1972 and 1973. High profile celebrity personalities were of particular interest to Warhol, and individuals such as Elvis Presley, Jaqueline Kennedy and Marilyn Monroe were amongst his popular subjects. In these images, Warhol separates the Chairman from his historical context, whilst simultaneously highlighting the parallels between capitalist advertising and political propaganda.

5. Kara Walker, A Subtlety / Marvelous Sugar Baby and subtitled a Homage to the unpaid and overworked Artisans who have refined our Sweet tastes from the cane fields to the Kitchens of the New World on the Occasion of the demolition of the Domino Sugar Refining Plant (2014) – Made by Walker 2014, this group of installations installed in the Domino Sugar Factory, Brooklyn, NYC, addresses the history of slavery in the USA, the sugar trade, and the profitability of the slave trade. Otherwise known as ‘A Subtlety’, this title is a reference to European sugar sculptures that decorated the homes of the European elites in the Middle Ages, which were both a symbol of both class and power. The Domino Sugar factory donated 162,000 of sugar that coated a polystyrene base of the Sphynx, whilst other installations in the exhibition were made entirely from sugar. Following the opening of the exhibition, the show received mixed reviews and became a point of contention. Many felt that the show catered to a predominately white audience, of which several posted insensitive comments and jokes about the sphynx, a reality that Walker is stated to have anticipated.

​​Renowned for their grand palazzos, wealth, status, and extensive art collections, the collecting habits and artistic patronage of the Medici family has played a key role in shaping the art world we know today...