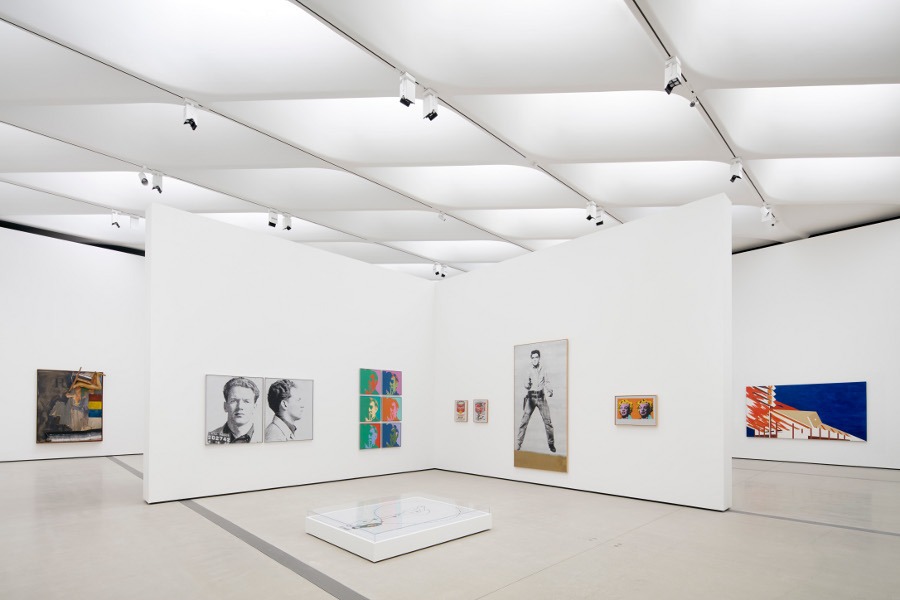 Over the past decades, businessman and investor, Eli Broad, and his wife, Edythe Broad have established a world revered art collection with an estimated value of $2.2 billion. Establishing a net worth of $6.7 billion, Eli Broad was ranked by Forbes in 2019 as the 233rd wealthiest person in the world. After the couple married in 1954, Edythe’s father provided Eli with the funds to start his own company. Eli quickly grew this enterprise, amassing a considerable fortune. Having maintained a passion for the arts since her childhood, Edythe was a key force in building the early stages of the couple’s collection. Eli soon began to take an active role in the collection, expanding it to include over 2000 pieces of art.

Between them, Edythe and Eli also established an extensive philanthropy portfolio. In 2010, the Eli and Edythe Broad Foundation announced that they would fund $140 million for the completion of The Broad, a contemporary art museum located in Downtown LA. Today, this institution now houses the majority of The Broad’s art collection. Alongside their involvement in the arts, the pair have also maintained a dedicated philanthropic commitment to the education and scientific research sectors.

In 1973, Eli and Edythe made their first major purchase, a drawing by Vincent Van Gogh titled Cabanes a Saintes-Maries. Following this acquisition, the pair developed a passion for collecting the twentieth-century works by artists such as Miró, Matisse and Picasso, however as they refined their collecting style, the collection increasingly began to focus on post-war and contemporary works. In 1983, a decade after purchasing Cabanes a Saintes-Maries, the couple traded their Van Gogh drawing for Robert Rauschenberg’s Untitled (1954).

Today, the collection includes an impressive roster of post-war and contemporary artists such as Joseph Beuys, Yayoi Kusama, Michel Basquiat, John Baldassari, Julie Mehretu, Andy Warhol, and Ed Ruscha. Aside from collecting, Edythe and Eli maintained strong friendships with a range of artists that included Jeff Koons and Roy Lichtenstein, who later gifted Edythe a Brushstroke Chair and Ottoman.

Amongst the most popular exhibits at the Broad is Jeff Koons’ Balloon Dog. Jeff Koons recounts how he first conceived the idea for his 12 feet long, stainless steel Balloon Dog in 1997, which, due to financial restraints, was initially impossible. Shortly after Koon’s conception, Eli Broad agreed to fund the production of the piece which can now be seen on display alongside other works by the artist. Other highlights within the collection include 125 photographs by Cindy Sherman, which Joanne Heyler, founding director of the Broad, notes to be ‘the largest holding of the artist’s work in the world’.

The Broad’s art collection is now divided into two separate collections. The first consists of the couple’s private collection with around 600 works, whilst the second includes 1,500 pieces that make up the Broad Art Foundation today. After passing away earlier this year in May, The Broad Foundation, now recognised as one of the most important contemporary art institutions in America is a testament to the philanthropic dedication of one of America’s most generous Billionaires.

Peggy Guggenheim, born in 1898, was amongst the most prolific, renowned, and memorable collectors of twentieth-century art. Through her almost frenetic approach to acquiring paintings and sculpture...
Read More