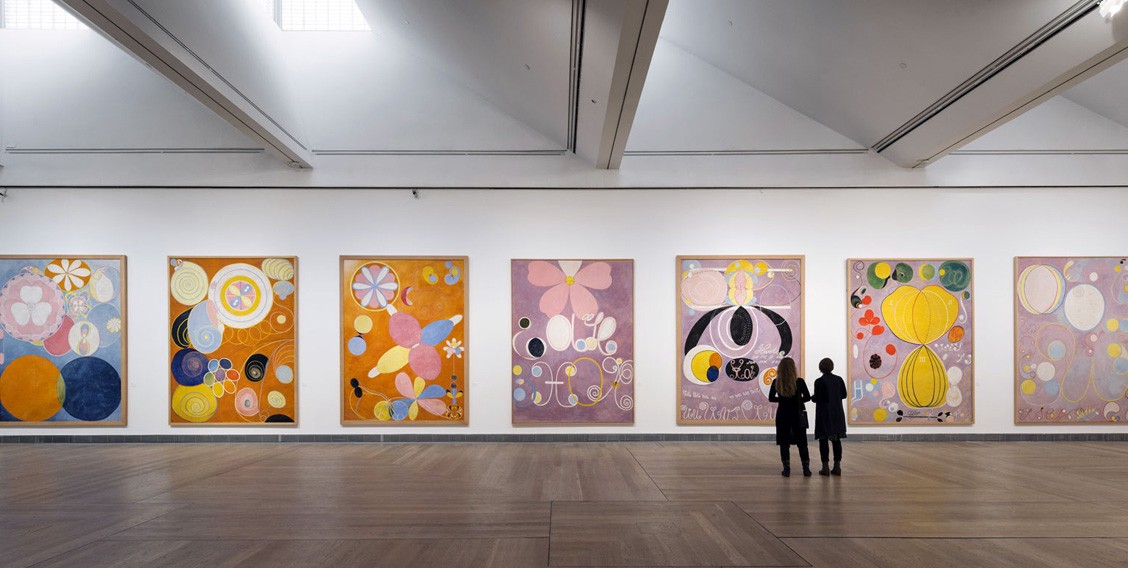 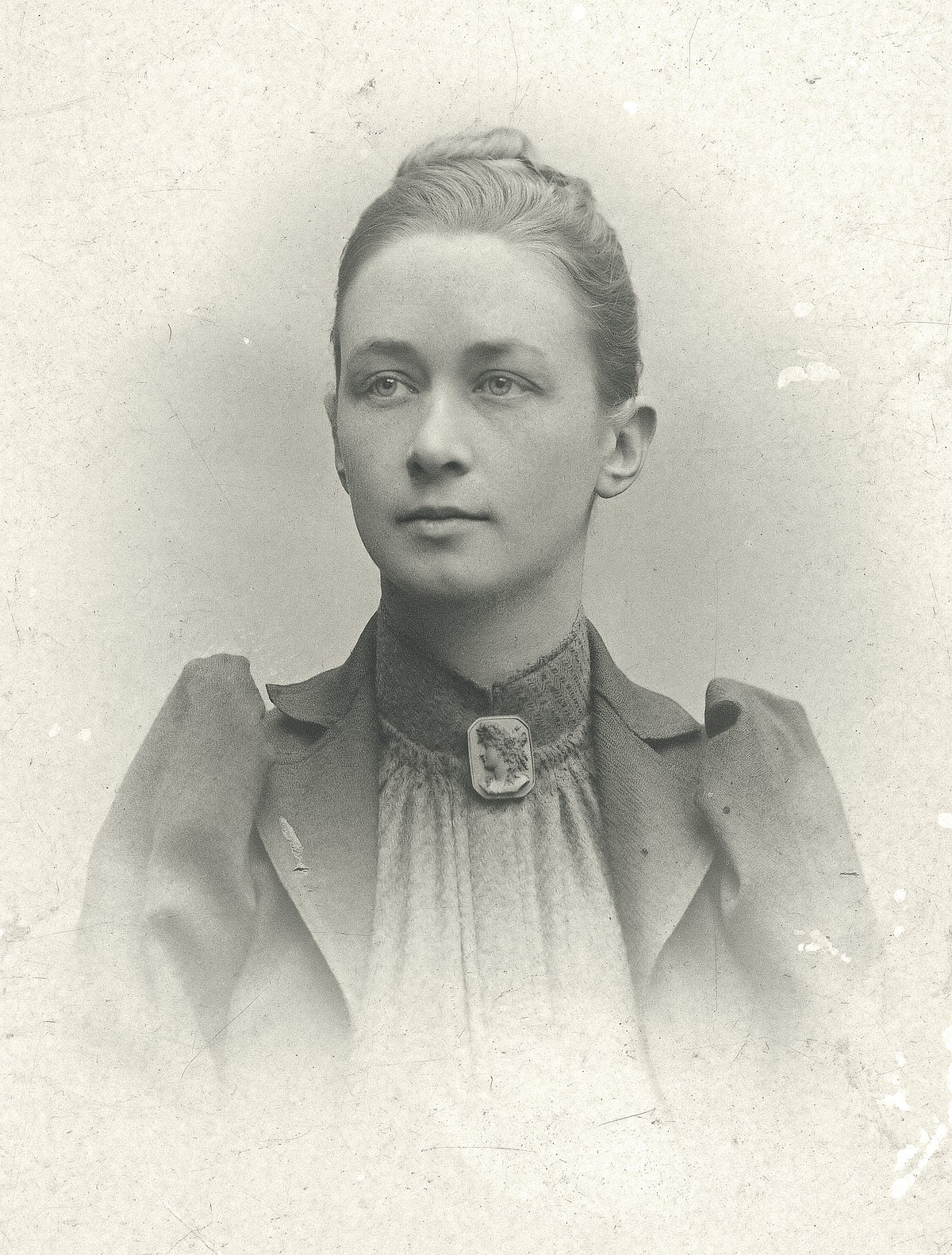 Born in 1862, Swedish artist Hilma af Klint is credited as the founder of western Abstract Art. Af Klint’s radical paintings and her contribution to Modern Art were often overshadowed by the work and reputation of later abstract artists. Overlooked for years, a recent rise in interest over the past few decades has seen the exhibition of af Klint’s work in the Solomon R. Guggenheim Museum, the Pinacoteca do Estado São Paolo, and London’s Serpentine Gallery, helping secure this artist’s position within the wider canon of art history.

As one of the few women to attend Stockholm’s Royal Academy of Arts, af Klint graduated in 1887 as a botanical and landscape painter. In 1886, af Klint began to conduct weekly seances with four like-minded women who collectively became known as ‘The Five’. A deeply spiritual person, af Klint continued to host these weekly seances until 1906, exploring many different spiritual realms. The Five used these seances to communicate with a range of different spirit guides who wished to share messages with the group. In 1904, a group of spirit guides known as ‘the Masters’ told The Five of an upcoming task that they would be required to carry out. The group was instructed to build a temple and fill it with art that explored the spiritual realm, communicating key messages from beyond. In 1906, af Klint personally received this commission from a spirit guide named Amaliel, a project that would later become known as The Paintings for the Temple (1906 – 1915).

Between 1906 and 1915, af Klint created one hundred and ninety-three paintings for this commission. The paintings vary drastically in size with some measuring ten feet in height, to others less than a foot wide. Af Klint’s ethereal and captivating paintings depict abstracted forms, cryptic languages, and geometric shapes in colourful tones that range from blue, yellow, green, orange, and pink.

Alongside the production of the paintings, af Klint produced thousands of pages of writing and notes that catalogue and rationalise her work. One example of af Klint’s texts notes the gendered implications of colour in these paintings. According to af Klint, blue signified the female, yellow signified the male, and green displayed the unity of the two. Throughout af Klint’s work, the abstracted forms frequently intertwine, collide and flow within one another, exploring the movement of energy within space. Of the many groups of paintings within The Paintings for the Temple, The Ten Largest (1907) was one of the earliest in the commission. Consisting of ten brightly coloured canvases, these paintings explore the various stages of human life, moving from childhood through to old age. The canvases depict abstracted shapes as well as familiar objects such as flowers and other botanical forms.

Af Klint exhibited her work infrequently to small private audiences at spiritual conventions, but for unknown reasons, kept her paintings hidden from public view. Following her death in 1944, af Klint bequeathed all of her paintings, drawings, and writings to her nephew. When af Klint made this bequest, an unusual stipulation specified that her work must remain hidden for at least twenty years after her death. Although the decision to conceal her work remains a mystery, popular belief has suggested that af Klint simply felt that the world was not yet ready for her art.

The international art fair, Frieze, is among the most celebrated and anticipated in the art calendar. With shows between New York, Los Angeles, and London, Frieze has maintained its reputation as one of the most successful and diverse art fairs of the year. Frieze showcases the work of countless renowned artists whilst simultaneously propelling and cultivating the careers of the art world’s rising stars...

Surrealism and the Occult

Forged in the aftermath of World War I, the artistic and literary movement of Surrealism flourished in mainland Europe from the 1920s to the 1950s, particularly within the artistic centre of Paris. Grounded in the expression of the unconscious mind, the movement aimed to revolutionise the quotidian human experience through art, literature, photography and sculpture.
Read More