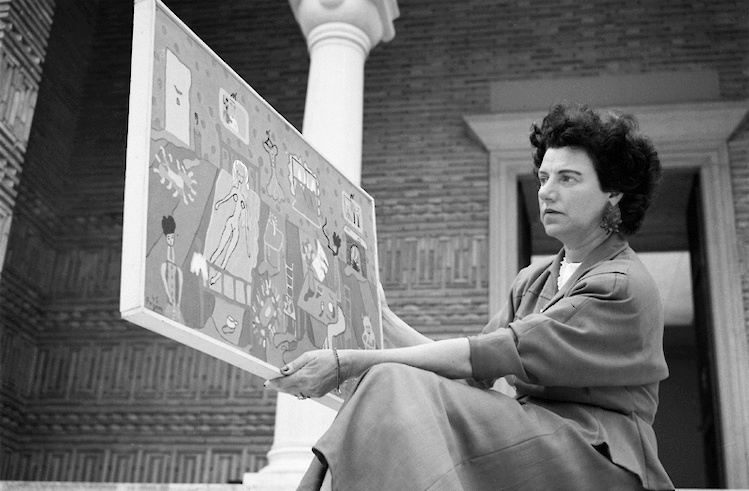 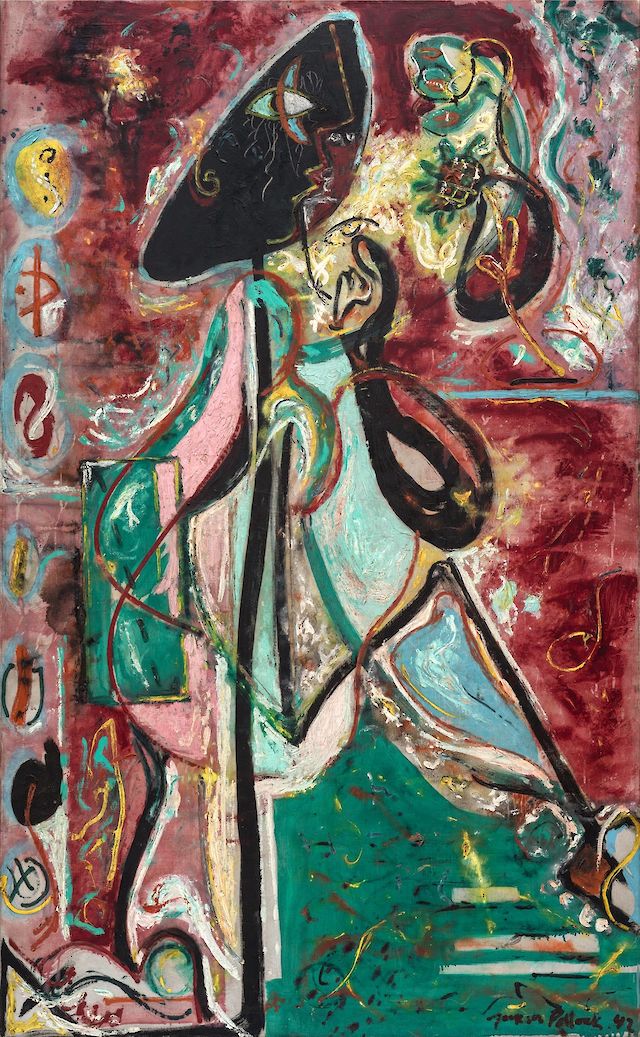 Peggy Guggenheim, born in 1898, was amongst the most prolific, renowned, and memorable collectors of twentieth-century art. Through her almost frenetic approach to acquiring paintings and sculpture, Guggenheim championed a new way of collecting and displaying a collection. Guggenheim’s approach had a profound influence on how modern art was celebrated during her own life and continues to be celebrated today.

Guggenheim’s mother, Florette Seligman, and her father, Benjamin Guggenheim were both descended from two of America’s most wealthy families and were married in 1894. In 1919, Benjamin died in the sinking of the Titanic, leaving each of his children an inheritance of $2.5 million, the equivalent of $37 million in today’s money. Eccentric from an early age, Guggenheim refused to conform to the standards of behaviour expected from her family, quickly gaining her a reputation as something of a black sheep.

By 1920, at the age of 22, Guggenheim moved to Paris and integrated herself within the bohemian artistic circle of artists living in Montmartre. It was during this time that Guggenheim befriended artists such as Constantin Brâncusi, Man Ray, and Marcel Duchamp, who was largely responsible for introducing Guggenheim to the art world and teaching her about the emerging contemporary scene.  Guggenheim forged many long-lasting friendships and relationships with the artists who she befriended in Paris, and soon after her arrival, quickly began buying their work.

In 1922, Guggenheim married Laurence Veil, an artist and writer. Together, they had two children, Pegeen and Sinbad, however, the relationship was clouded with abuse and conflict, and in 1928, ended in divorce. Following the death of Florette in 1937, Guggenheim used her mother’s inheritance to set up ‘Guggenheim Jeune’, a gallery that hoped to represent the many artists she had come to know in Paris. Marcel Duchamp assisted Guggenheim with the gallery’s exhibitions, the first of which was a show of thirty of Jean Cocteau’s drawings. The gallery was a success and displayed works by artists such as Wassily Kandinsky, Pablo Picasso, Georges Braque, Alexander Calder, and Kurt Schwitters.

From the gallery’s first show, Guggenheim made a point of buying one work from each exhibition. She continued to do this until 1939 when the outbreak of the Second World War forced Guggenheim to close the gallery. Undeterred by the near-approaching war, Guggenheim had new plans to establish a Museum of Modern Art in London. That same year, Guggenheim travelled to Paris, where, after consulting with art historian Herbert Read, she took a list of Read’s suggestions and began to collect works of art as quickly as she could. Guggenheim wrote that during this period, she had put herself on a ‘regime’ to buy one work of art a day, and soon returned to New York City with a diverse collection of that work that included pieces by Picasso, Paul Klee, Marc Chagall, Joan Miró, Salvador Dalí, and Wolfgang Paalen.

In 1942, Guggenheim opened The Art of This Century, a second gallery that was essential in promoting the work of Abstract Expressionist artists, such as Jackson Pollock, Robert Motherwell, Willem de Kooning, and Mark Rothko. The Art of This Century supported large groups of artists and functioned as both a museum and commercial gallery until its closure in 1947. Guggenheim split the gallery into four separate spaces which included the Abstract, Surrealist, Daylight, and Kinetic Galleries. The Abstract, Kinetic, and Surrealist Galleries were used by Guggenheim to showcase her collection which included much of the European Modern Art that she had collected before the war.

Following the closure of The Art of This Century, Guggenheim then moved to Venice, establishing herself in the Palazzo Venier dei Leoni, an unfinished seventeenth-century palazzo. By this point, Guggenheim had established an extensive collection of art and used the palazzo to showcase these works. From 1951 onwards, Guggenheim continued to expand her collection and decided to open it to the public as a museum. Today, the Peggy Guggenheim Collection Venice remains one of the city’s most visited cultural attractions and attests to Peggy’s unique legacy as one of the greatest collectors of the twentieth century.

​​Renowned for their grand palazzos, wealth, status, and extensive art collections, the collecting habits and artistic patronage of the Medici family has played a key role in shaping the art world we know today...

Oil tycoon, investment mogul, and art collector, Sir Leonard Blavatnik has continued to gain recognition for his philanthropic and unprecedented bequests to cultural and educational institutions across America and the United Kingdom...
Read More