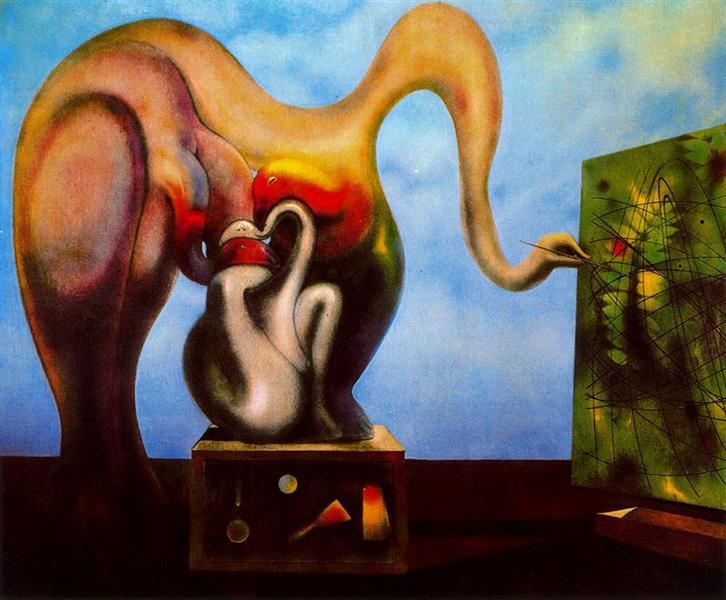 Surrealism and the Occult 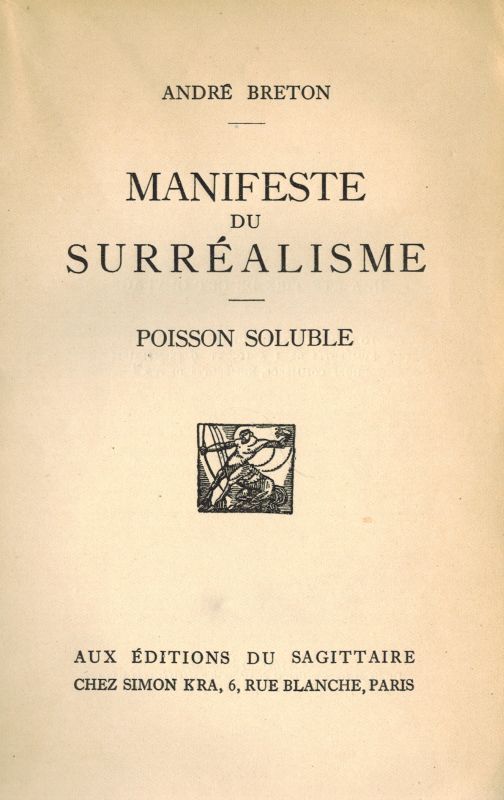 Forged in the aftermath of World War I, the artistic and literary movement of Surrealism flourished in mainland Europe from the 1920s to the 1950s, particularly within the artistic centre of Paris. Grounded in the expression of the unconscious mind, the movement aimed to revolutionise the quotidian human experience through art, literature, photography and sculpture. The movement was pioneered by Andre Breton, whose manifesto, Manifeste du Surrealisme, published in 1924, provided both the theory and the parameters for the movement.

In their quest to express the unconscious mind, various artists turned to the occult as a means of inspiration. Leonora Carrington, Max Ernst, and Kurt Seligmann are amongst a group of Surrealist painters who used aspects of the occult to inform their work. Carrington, Ernst, and Seligmann interacted with the subject in different ways that ranged from theory to practice, manifesting in vastly different outcomes for each artist.

A pioneer of Surrealist painting, Max Ernst was a seminal figure in the creation of Surrealism. Renowned for his enigmatic and complex paintings, Ernst was deeply inspired by magic and the occult.

In Ernst’s autobiography, he notes that ‘one of his closest friends’, a cockatoo named Loplop, died at the same moment that the birth of his sister was announced. Throughout his life, Ernst continually recounted the trauma of this event, and, as a result, began to feature a recurring avian icon in much of his work from 1928 onwards.

Through the repeated inclusion of the icon in Ernst's paintings, the bird’s presence evolved to new spiritual heights and is often viewed as the artist’s totem. Totemism is the belief that a person or group of individuals are spiritually related to or represented by a specific animal. Within the practice of shamanism, shamans would transform into their spirit animals or spirit familiars during rituals, enabling them to connect with a higher spiritual realm. In his autobiography, Max Ernst documents his spiritual affinity with the totem of the bird, describing how he had hatched from an egg that his mother had laid in an eagle’s nest.

Born in 1900, Swiss-American Surrealist painter and scholar, Kurt Seligmann, was deeply inspired and fascinated by magic and the occult. Informing both his art and his academic studies, Seligmann dedicated much of his life to researching the occult and collecting rare books on magic, alchemy, and the occult. In 1943, Seligmann published The Mirror of Magic: A History of Magic in the Western World, a study of the occult. Following its publication, The Mirror of Magic achieved widespread acclaim and influenced many of his contemporaries, particularly Leonora Carrington.

During his early years in Switzerland, Seligmann was deeply inspired by the demonic images that were available to him in both Renaissance and Swiss medieval paintings. Occult literature, the witch’s sabbath, tarot, sorcery, and exorcism were some of the other key influences that contributed to Seligmann’s dynamic and baroque compositions, however, despite these influences, the artist firmly maintained the belief that his paintings possessed a protective quality that was able to ward off evil following the impacts of the second world war.

During the period in which Seligmann and Andre Breton were living in exile in New York during the Second World War, Seligmann assisted Breton with the creation of Arcanum 17, an essay exploring love, death and war that relied heavily on Seligmann’s knowledge of the occult.

Central to the development of Surrealism from the 1930s onwards, Leonora Carrington’s dreamlike compositions of magical creatures and monsters in otherworldly settings are synonymous with the artist’s unique and identifiable style. In the latter half of the 1930s, Carrington engaged in a three-year partnership with Max Ernst, who fuelled her fascination with magic and the occult. English-born, Carrington traced back to her roots and soon after found an affinity with Celtic folklore, where she adopted the figure of the enchantress as an alter-ego.

In 1943, Leonora Carrington moved to Mexico, where her career developed to new heights. Drawing from the country’s rich history of magic and witchcraft, Carrington subverted the traditional connotations of the witch and the enchantress, and, in tandem, transformed them into icons of feminism and symbols of protection.

A proud advocate of women’s rights, Carrington believed that the witch embodied respect for nature. As such, her work uses magic to synchronise the two themes of ecology and feminism. By the 1970s, Carrington had organised the first women’s liberation group in Mexico, a cause she remained dedicated to until she died in 2011.