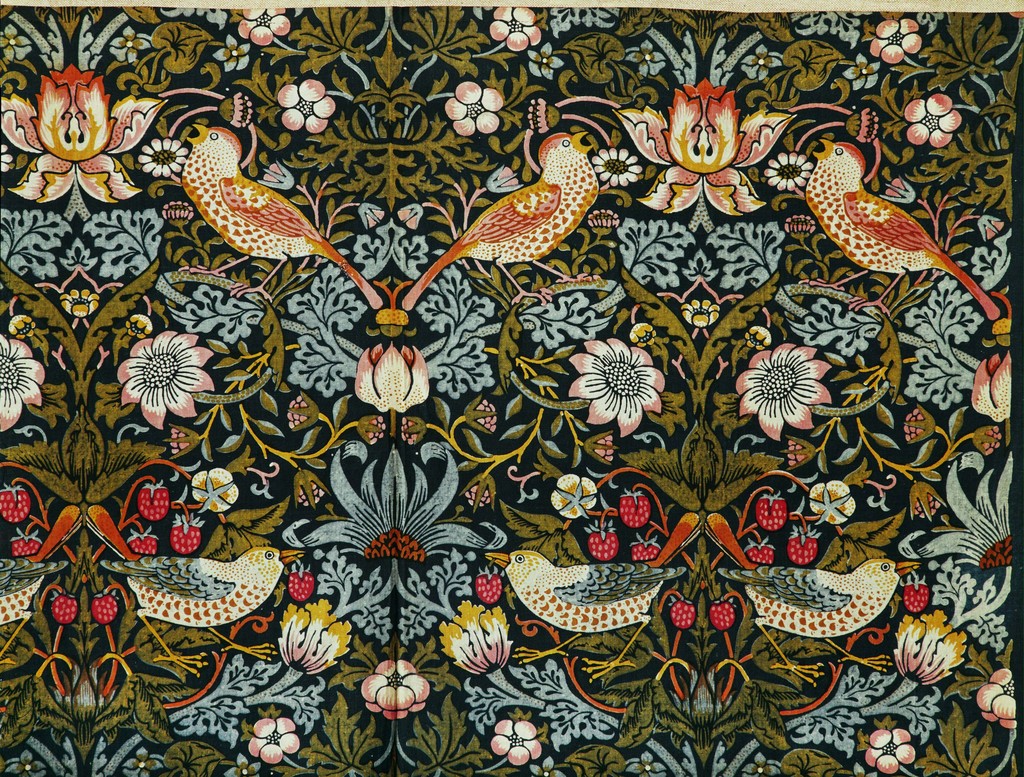 The Art Nouveau movement and our favourite five artists

Between 1890 and 1910, Art Nouveau became one of the most popular styles of the Belle Époque period, gaining particular prevalence in Europe, and later, in America. Art Nouveau was a diverse movement and had a profound effect not only on art and architecture, but also on furniture, jewellery, and fashion design of the period.

The British Arts and Crafts movement were largely responsible for the birth of the Art Nouveau movement, which also drew inspiration from the decorative and symbolic work of the Pre-Raphaelite painters. Japonism marked another essential influence on the movement following the widespread circulation of Katsushika Hokusai and Utagawa Hiroshige prints in 1870s Europe, particularly in London and Paris.

In 1900, the Exposition Universelle, a world fair otherwise known as the Paris Exposition, elevated the Art Nouveau style to new heights of popularity. Showcasing the achievements of the past century, the Exposition Universelle was visited by over 50 million people. Crystal-ware, jewellery, furniture, and other crafts in the Art Nouveau style were included amongst its exhibits which were reiterated across the exhibition posters.

Due to the technical advances in printmaking at the turn of the century, prints became some of the most renowned features of the Art Nouveau movement. Widely circulated, these prints played a substantial role in the shift that saw art move away from the traditional context of the gallery and further towards printed publications and urban landscapes.

Take a look at our five favourite Art Nouveau artists below:

Born in 1862, Gustav Klimt is revered as one of the most celebrated artists of the twentieth century, known for his symbolist and signature gold leaf paintings that include works such as The Kiss (Lovers) and the Portrait of Adele Bloch-Bauer I. Whilst Klimt is foremostly associated with his role in the Vienna Secession movement, his decadent and curvilinear style has also aligned him with the style of Art Nouveau.

In 1905, Klimt was commissioned to decorate the dining room of the Palais Stoclet, the home of the wealthy Belgian financier, Adolphe Stoclet. Klimt contributed designs for three mosaic panels collectively known as the Stoclet Frieze and individually titled The Expectation, Knight, and The Embrace. Following the completion of this project, Klimt public stated that the Stoclet Frieze was amongst his finest decorative work.

Bohemian and Czech by birth, illustrator, painter and graphic artist, Alphonse Mucha, is today celebrated as one of the pioneers of the Art Nouveau graphic style. Mucha’s career rose to prominence in the 1890s when he designed the poster for the 1894 production of Gismonda performed by stage actress, Sarah Bernhardt, who, upon seeing the image, provided Mucha with a six-year contract to design the posters for her plays.

The success of the Bernhardt posters made Mucha a highly sought-after illustrator in Paris, and in 1898, Mucha was commissioned to create a poster for JOB cigarette papers. The advertisement illustration, now credited as one of the most significant Art Nouveau illustrations, shows a young woman smoking a cigarette, enveloped in her swirling voluminous hair, positioned in front of the word ‘JOB’.

Eugène Samuel Grasset was born in 1845 in Lausanne, Switzerland. Following his move to Paris in 1871, Grasset established a career as a ceramics, jewellery, wallpaper and fabrics designer, however, by 1877, Grasset had begun to focus his attention on graphic design and poster art. In the 1890s, various American companies had begun to commission Grasset for his work, which ultimately led to the circulation of the Art Nouveau style in America. Today, Grasset is considered one of the pioneers of Art Nouveau design.

In 1893, Grasset designed what would become one of his best-known works, a poster for the French decorative art exhibition at the Grafton Galleries depicting a woman in a pale-yellow dress picking iris flowers. Based in London, the Grafton Galleries were owned by the French art dealer, Paul Durand-Ruel, and in 1905, hosted the first major exhibition of British impressionist paintings.

Comte Henri Marie Raymond de Toulouse-Lautrec-Monfa was born in 1864 to an aristocratic family in France, and, during his short life, established himself as a leading figure in both the Post-Impressionism and Art Nouveau movements.

Toulouse-Lautrec immersed himself in the bohemian artistic culture of Montmartre, and when the Moulin Rouge was opened in 1889, he was commissioned to produce a series of posters for the cabaret club, launching his career as a poster-maker overnight. In 1891, Toulouse-Lautrec created Moulin Rouge: La Goulue, his most famous poster for the club. Illustrated in the Art Nouveau style, the poster depicts a woman dancing the ‘Can-can’ with the silhouette of an audience behind her, and the outline of a grey man in the foreground.

German by birth, Caspar David Friedrich is recognised today as one of the pioneers of Romantic Landscape painting in Germany. Friedrich’s enigmatic and contemplative landscapes feature gothic ruins, trees, religious iconography and misty settings, which, together, demonstrate his relationship with religion and push the boundaries of nineteenth-century landscape painting to new heights.

In 1917, Guillaume Apollinaire described a performance by the Ballets Russes as “a kind of surrealism”. Unaware of the importance of his remark at the time, Apollinaire's description would soon become the term from which an international cultural movement would be born...
Read More