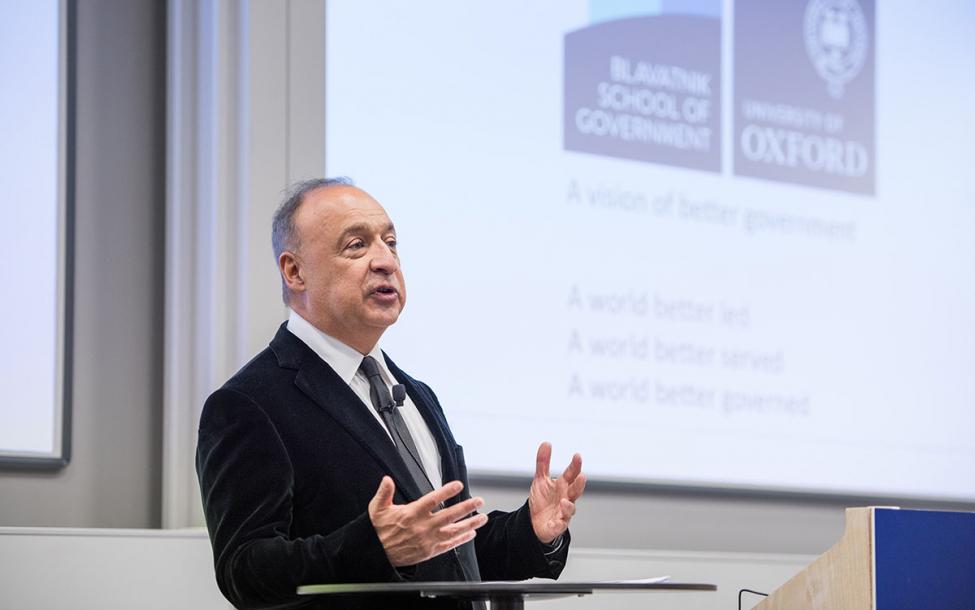 Oil tycoon, investment mogul, and art collector, Sir Leonard Blavatnik has continued to gain recognition for his philanthropic and unprecedented bequests to cultural and educational institutions across America and the United Kingdom. Ukrainian by birth, Blavatnik has an estimated net worth of $31.6 billion, ranked by Forbes as #46 on the 2020 rich list. Establishing his initial fortune in Russian oil, Blavatnik later began investing across the western markets throughout the 2000s. The tycoon has since accumulated a diverse portfolio of investments across the hospitality, chemical, media, property, and music sectors, with notable purchases including his acquisition of Warner Music Group for $3.3 billion in 2011.

In 2011, Blavatnik endowed the Tate with the sum of £58 million to aid in the construction of the gallery’s extension. Completed in 2016, the extension continued to mark one of the largest donations in the history of the Tate. Originally named ‘The Switch House, the new galleries were later renamed the ‘Blavatnik Building’ and received over six million visitors in the year following its opening. Other examples of Blavatnik’s generous philanthropy include donations towards the restoration of the Courtauld Galleries in Somerset House and the funding for the entrance hall of the V&A’s new extension, of which both will be named in his honour. The British Museum, National Portrait Gallery, and the Royal Opera House are amongst the other cultural institutions in the UK to receive endowments from the Blavatnik Family Foundation.

Educational institutions such as Harvard, Yale, Columbia, Oxford, and Cambridge have also received generous donations from The Foundation, whose philanthropic mission consciously supports the education and careers of women in science. Together with Warner Music Group, the foundation launched a $100 million campaign in 2020 to tackle racism and violence within the music industry. Blavatnik was knighted by the Queen in the 2017 birthday honours for his philanthropic contributions to the United Kingdom.

Blavatnik has taken continuous provisions to emphasize that he is not an oligarch, possessing neither Russian citizenship nor any affiliation with the Russian government. As both a British and American citizen, Blavatnik divides his time between his $90 million mansion in Upper East Side NYC, and his renovated London home on Kensington Palace Gardens, valued at around £200 million. Despite the widespread coverage of his wealth and business investments, Blavatnik has been specific about maintaining privacy in his personal life.

As a keen patron of the arts, Blavatnik is the owner of an important collection of modern and contemporary art, which, like his personal life, is kept far from the curious eyes of the public. In an interview with the New YorkeDQr in 2014, publisher and close friend Lord George Weidenfeld revealed how Blavatnik has been “systematically collecting very good art recently-contemporary art, and also a Modigliani, one of the best I’ve seen”. The collection is also believed to include Picasso’s Nude, Green Leaves and Bust which was sold at Christies in 2010, taking the then-record for the most expensive painting sold at auction. Other known works in his collection include the gilded skeleton of a woolly mammoth by Damien Hirst, titled Gone but not Forgotten which was brought by Blavatnik at the 2014 Cannes amfAR gala for $15 million.

Non-fungible tokens, better known as NFTs, have dominated both art world headlines and markets for the best part of almost a year...
Read More